The Story of Jenny and Noah 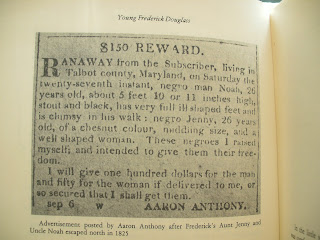 Jenny and Noah ran away in August 1825. Jenny was Frederick Douglass's aunt, the sister of his mother, Harriet. Noah was her husband. Aaron Anthony, Douglass's master, owned them all. Douglass, who was approximately seven years old at the time, heard about their escape and the news affected him profoundly. This was, he later wrote, the first time that he had heard that there was such a thing as free states and that, if a slave could get to them, the slave would be free. (Legally speaking, that was not true, but that was not how enslaved people perceived or even lived the situation.)

The story, however, had more parts to it than Douglass may have known at the time or found useful for his autobiographies. Eleven days after their flight, Jenny and Noah’s children also left Maryland, but they went in the other direction. Anthony sold Mary and Isaac, ages 7 and 6 respectively, along with their first cousin, fourteen year old Betty, and their aunt, nineteen year old Maryann, to slave traders in September 1825. If my theory about childrearing under Anthony’s ownership is true, then Douglass knew the two children and the two children, like him, did not know their mother.

From what I can surmise, Anthony allowed the women he enslaved to keep their children with them for about two years. Then, the babies went to live with their grandmother, Betsy. Betsy kept her own youngest children as well as these grandchildren until they reached about the age of five or six. Douglass, for instance, wrote that he had been taken from his mother before he could remember her and that his grandmother kept him until he was approximately six years old. When they reached that age, Betsy did what Anthony ordered, and took the child – be it her own or her grandchild – to Anthony’s house on the Lloyd plantation on the far side of the county. In 1825, Douglass himself was seven, the same age as Mary, and had been at Wye house for a year. That would mean that he, Mary, and Isaac had been kept together at Betsy’s cabin, and that the two were either still there or also at Wye House with him.

Jenny and Noah, however, lived elsewhere. According to Dickson Preston, author of Young Frederick Douglass, the Maryland Years, they worked at one of Anthony’s Tuckahoe plantations. In fact, Preston last mentions the specific location of Jenny’s employment as being in the Hillsboro home of Elinor Maloney, Anthony’s elderly widowed sister, where Douglass’s mother Harriet had also worked for a time. In other words, Jenny and Noah had been separated from their children for several years; and if their children had already been sent to Wye House, then the distance of the separation had grown further.

This is not to say that Jenny and Noah callously ran away and abandoned their children. In fact, this is the difficult part of writing about enslaved people and attempting to explain their situation to a twenty first century, American audience. Enslaved people faced choices that are alien to our experience today, and historians have to convey the logic of those choice with sympathy and without judgement. Thus, when Jenny and Noah ran away, thereby abandoning their children, they did so for specific reasons that might seem callous, but made the most sense to their particular situation.

So, what options did Jenny and Noah have? They had already lost a child who had died in infancy in 1821, when Mary was three and probably just removed to Betsy’s cabin, and when Isaac as two and on his way there, too. Thus, three babies had been taken from them in as many years, one forever. Since most of Jenny’s sisters and her mother had children approximately every two years, Jenny could have lost others to miscarriages or still births between 1821 and 1825, or she may have found out that she was pregnant about the time that she and Noah ran away. The separation from their children may have been the impetus for their flight. Their “Sophie’s Choice” decision may have followed a logic in which they thought, “these two children are lost for now – we can come back for them, we might buy them, we can get them, but the next ones will be ours to have and to raise.”

Then came the sale. Preston suspected that Jenny and Noah’s flight was a response to the impending sale, a logical conclusion if they suspected that they themselves would be sold. Would they do the same if they suspected that their children faced the auction block, or would they have know that the situation was desperate and had the same conversation about which I have speculated above? Perhaps, because of their children’s youth, they assumed that they would be immune from sale. In 1825, young women like Maryann and Betty, or their male counterparts, would get a higher price than two children.

The sale of the children, however, strikes me as retaliation. In the ad that Anthony posted in a Baltimore paper on the day before the sale, he wrote that he had planned to give Jenny and Noah their freedom. Given that he had already slated at least two young women for sale, and threw in two more children, he was hardly in the mood to let two grown, healthy, slaves, one bearing children, get away for free. The next day, he sold their children.

I wish I knew what happened to Jenny and Noah, to Mary and Isaac, to Maryann and Betty. So many others on the Lloyd and Anthony farms probably did, too.

I have traveled almost from the Hill of Howth... 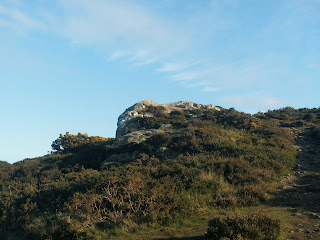 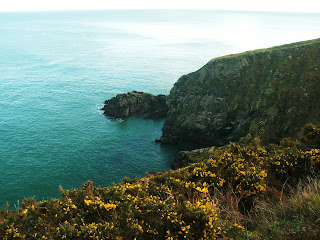 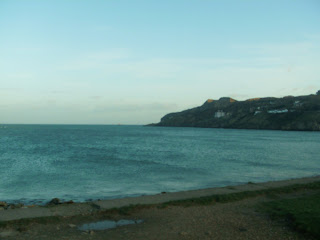 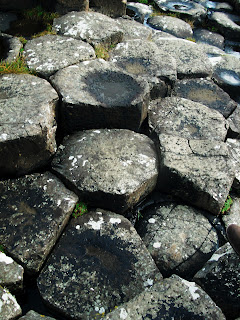 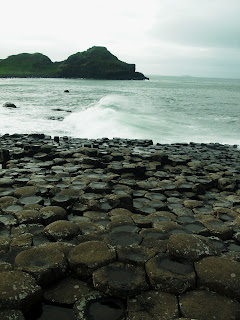 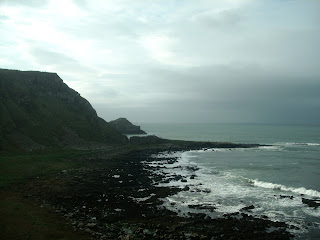 ...and from the Giant's Causeway to Cape Clear.* 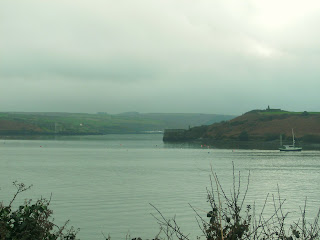 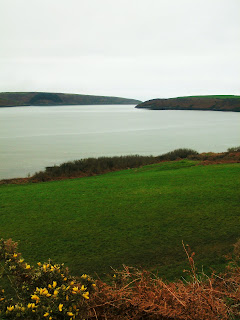 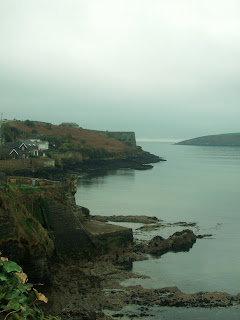 During these travels, I have met with much in the character and condition of the people to approve, and much to condemn; much that has thrilled me with pleasure, and very much that has filled me with pain.... I can truly say, I have spent some of the happiest moments of my life since landing in this country. I seem to have undergone a transformation. I live a new life.

-----
*Kinsale's harbor stands in for Cape Clear, here. At this time of year, Cape Clear is a bit dangerous.
Posted by Leigh Fought at 8:24 AM 2 comments:

Alas! As I have written before, sometimes you fall in love with your own writing but must sacrifice it to the greater cause of a better chapter. My first chapter, about Douglass's mother, grandmother, and slave mistresses, is growing out of a quite long paper about his mother. The shift in focus means that much of the introduction and conclusion must be revised into something else and often out of existence. Hence, I have this blog to preserve those earlier versions for posterity (and also in the hopes that, if I am WAY off on anything, someone can point it out, or offer suggestions).

This is a companion paragraph to an earlier one that is suffering the same fate. I hope I haven't posted it, or a version of it, before.:

The real woman Harriet Bailey existed somewhere between the records of her as Aaron Anthony’s property and her son’s use of his little information about her in explaining the ways that a slave society attacked African American families and intelligence. In attempting to understand her lived experience, more questions arise than answers and often any attempt to answer those questions leads to more questions. What evidence exists to support one interpretation of the few facts over another is not strong enough to allow any interpretation to stand unchallenged – again, by more questions. Such is the problem in attempting to recover the lives of the historically mute or to understand what happens in the blind spots of the historical record. Yet, since so few questions at all have been asked about Harriet Bailey a set of questions rather than conclusions brings historians closer to understanding the options and conditions in which she moved more specifically than a general study of slave mistresses or slave women, even if modified by “Eastern Shore” or “Baltimore.” Certainly a set of questions is more honest than ignoring her, dismissing her, or providing a set of weak or near fictional conclusions.
Posted by Leigh Fought at 8:19 AM 2 comments: