First of all, now that I have read the entire book, let me recommend Nancy Hewitt's fantastic biography of Amy Post, Radical Friend. The full review will be out whenever it gets published within the year; but just know that Post is lovely and this is a biography that she deserves.

Second, Hewitt threw in an interesting detail on page 241, mentioning that Post wrote a letter to her husband from John and Sarah Hurn's photography studio. Here is the letter from the Isaac and Amy Kirby Post Family Papers Project at the University of Rochester, written by Amy Post to her husband, Isaac, on 8 Dec 1863, from Philadelphia.:


John W. Hurn was an African-American photographer and the telegraph operator who helped Frederick Douglass flee Philadelphia when news of the Harpers Ferry raid broke. Hurn received the message and, instead of bringing the news straight to the authorities, he went to Thomas and Louisa Dorsey's home, where Douglass was staying, and told them, first. "You, no doubt, saved my life," Douglass later wrote to Hurn.

Hurn also took this quite famous photograph of Douglass in about 1862.:


Incidentally, that picture is dated to January 1862 because that was when he was in Philadelphia giving a speech and would have had the opportunity to visit Hurn's studio. You know what else he was doing in Philadelphia then? Dropping Rosetta off with the Dorseys -- the same Thomas and Louisa Dorsey -- to stay while she searched for a teaching job. (She did not enjoy her time with the Dorseys, but that is Chapter 7.)

That got me thinking about these three pictures of Amy Post, Rosetta Douglass, and Anna Douglass.: 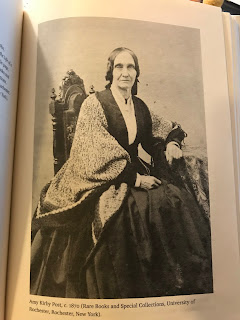 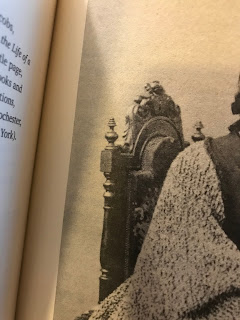 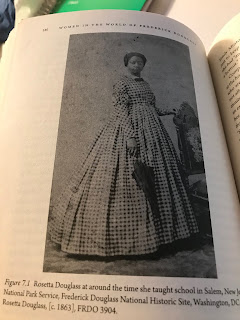 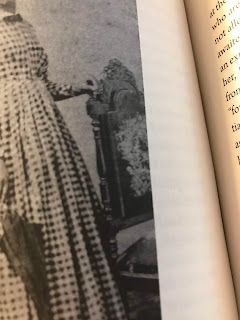 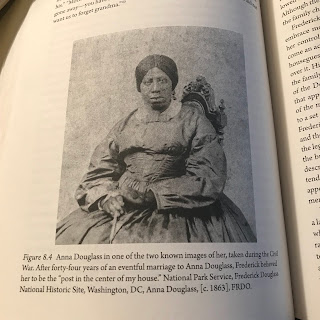 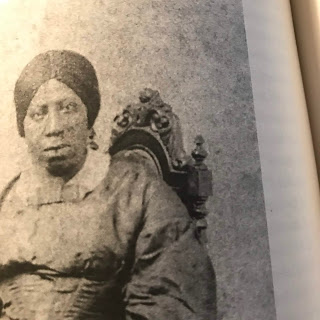 Note the chair, its carving, the upholstery, the finials. That's the same chair, right? These three photographs were clearly taken in the same studio. That's not a stretch to say so, don't you think? No photographer has been attached to these images, and the most reasonable guess would be a photographer in Rochester. A good flip through a Rochester City Directory wouldn't hurt, but I confess to having not gone that far just yet. (This is only a blog post.)

Still, if Douglass was at the Hurn studio in 1862, and Rosetta was with him, it is within the realm of possibility that she also had her picture made. Then, later Amy Post passed through and sat for her own portrait. As for Anna, she's a cipher, but if they were dropping off Rosetta for an indeterminate amount of time, could she perhaps have gone down with them and also been persuaded to sit?

Of course, all of the question marks put this well within the realm of speculation, one for further research. Nevertheless, wouldn't that be cool if the Hurns also photographed the two Douglass women and Post? It's certainly fun to think so.

Also, note how Post says that the studio belongs to both John and Sarah?
Posted by Leigh Fought at 11:58 AM 4 comments: