In October 1845, Douglass went to Cork, Ireland, where he stayed with the Jennings family. The Jenningses lived on Brown Street, which you can see highlighted on this 1830s ordinance survey map: 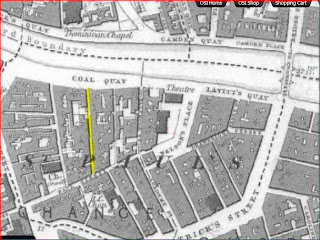 The map doesn't identify the street as "Brown Street," but you can see the same street labeled as such on this later map from the 1860s: 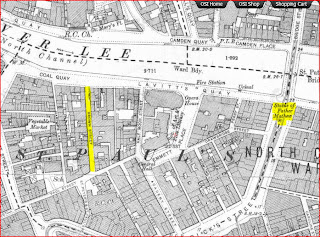 Also, not the Father Mathew statue labeled on the right side of the image. The train lines don't run along there today, but the statue still stands: 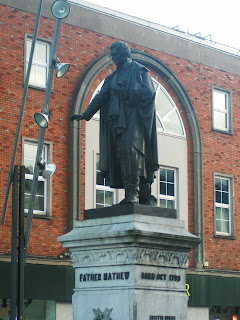 Unlike the his statue on O'Connell Street in Dublin, this one still has all of its fingers. Douglass actually met Mathew on his Irish tour, but he met him in Dublin, not Cork.

As for Brown Street in Cork today, I'm not certain but I think this is it: 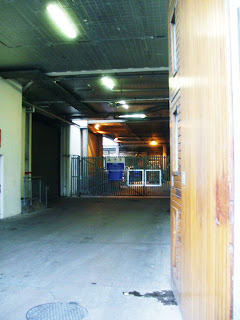 That is a loading dock for the shopping center that stands on the block today. This is a picture of the block from the corner of Coal Quay and Market Street, taken in February 2012 (last month): 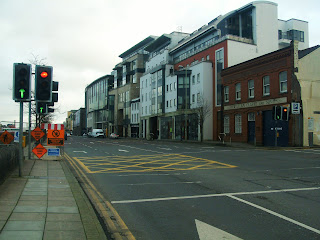 With the possible exception of the building on the far right, one can probably safely assume that the block did not resemble this image in any way, shape or form when Douglass visited. There are, however, three bookstores on that block. Of that, he would have approved.