That's The Way They Take Us In: Proto-Marxist Consciousness on the Plantation 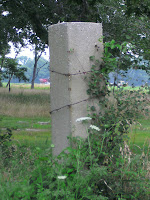 For National Poetry Month, a worksong:

Douglass recorded this song in his second autobiography, My Bondage and My Freedom, commenting that "This is not a bad summary of the palapable injustice and fraud of slavery, giving -- as it does -- to the lazy and idle, the comforts which God designated should be given solely to the honest laborer." (1855; Yale edition, 2003, p. 144).

This reminds me of an incident on Louisa McCord's plantation, Lang Syne, in Reconstruction-era South Carolina. McCord's son-in-law Augustus Smthye* had taken over the plantation and decided to raise potatoes. All year long, the former slaves, now tenant laborers, raised the crop of potatoes while Smythe lived in Columbia, SC. At harvest time, Smythe rode out to Lang Syne to divide the potatoes and divy out to the laborers their share. He met with a wall of workers who refused to hand over the crop. They told him that they had done all of the work, and he hadn't a thing to do with it, so the crop was theirs and they would give him his share.

You can imagine that Smythe found this reversal insolant and "uppity." He, a former Confederate South Carolina officer, found the local union officer in charge of the district and demanded assistance in forcing the workers to hand over the crop. The officer told Smythe to put on his Confederate uniform, then the officer, Smythe, and handful of other soldiers all marched to Lang Syne took control of the crop.

The definition of property put forward by the slaves that Douglass recounted in the song and the Lang Syne freedpeople articulated to Smythe was dangerously close to the concept of workers controlling the means of production, and idea put forth by Karl Marx. 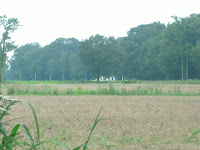 When the slaves singing the song recorded by Douglass became freedpeople almost thirty years later, they found that the land that they once worked was not for sale to them, no matter how much money they had nor how badly the seller needed it.  That's how Reconstruction went -- but then, I hear there is a book about that, published by Bloomsbury press and written by Douglas Egerton, coming out in the summer of 2013.

----------------------
*Augustus Smythe was the son of Thomas Smyth. When both toured Britain in 1846, Thomas Smyth tried to create a scandal to silence Douglass's critique of southern churches and their support of slavery by accusing Douglass of visiting a brothel in Manchester. Douglass filed suit and Smyth backed off. I wrote a book about Louisa McCord, Smythe's mother-in-law, now I'm writing one about Douglass, thus proving that all things lead to Frederick Douglass.